Message from the editor: Struggling for Hope shines a crucial light on mental health

Friday marked the launch of Great West Newspapers' special feature series on mental health, Struggling for Hope, with the story of Colin Rankin – a father-of-two who lost his livelihood when the pandemic struck.

Rankin's story – heartbreaking and familiar – clearly resonated with people across Canada. The response we have had from our readers, other communities and even national media has been incredible. Rankin's struggle, told through the words of our Local Journalism Initiative reporter Jennifer Henderson, has now appeared in major Canadian dailies including the Toronto Star and the Globe & Mail. 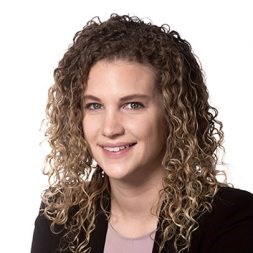 The ways in which a struggling economy impacts mental health are difficult to report on, because they are so wide-reaching. That's why we felt this series was an important one to tackle: the more we talk about these issues and tell the personal stories of people affected by this, the better chance we have as a society of coming to grips with the mental health needs of our friends, neighbours and ourselves.

"Because it's rural, it's unseen by a lot of the population," Henderson, a Great West Newspapers employee based in St. Albert, told me when we discussed this series. "This story getting published broadly across the country shows there is a lot of value in community news – we sometimes don't give it a chance or the credit it deserves."

That's also the beauty of the Local Journalism Initiative program, which allowed this story to be shared so widely. This program is a federally funded effort to get reporters into areas that don't have a lot of news coverage – so-called "news deserts." There are crucial stories in these areas that might not otherwise be told.

Great West Newspapers applied for this program because we recognize the need for good, in-depth reporting on rural Alberta issues. Seeing the positive response to this first story in our series, we are more determined than ever to tell these difficult, vital stories.

Struggling for Hope will be published throughout the month of October. Every Wednesday and Friday, we'll have a new part available for you to read.

About the Author: April Hudson

April is the editor of the St. Albert Gazette
Read more