Earlier this month Canada Post sent out letters to businesses (see below) who use their Commercial and Small Business services letting them know about some surge pricing that’s coming into effect this fall.

The letter starts by saying that the holidays are the busiest time of the year for them, and that Canada Post is “investing in its network”. It did not go on to say “by gouging Canadians at a time when they probably need our service the most”, but maybe it should have?

A different $12 surcharge that already exists for oversized items goes up to $17 during that same period.

Insurance for guaranteed delivery is out the window in some cases from November til January.

If something is shipped using their Priority, XpressPost or Expedited Parcel services, they’re waiving their “on-time service performance guarantee”.

That means unless it arrives at least two days late the shipper is out of luck in terms of a refund.

Seeing as these surcharges are for businesses, that means they’ll be paying the price for Canada Post not being able to figure out how to deliver parcels on time.

That cost will eventually get passed on to you, the consumer. It’s almost as if they want people to abandon shopping from Canadian retailers online and switch over to Amazon.

The mega online retailer boasts next-day shipping for free with their Prime subscriptions in Canada. Guaranteed, no matter if it’s the busy season or not.

If ICBC is a dumpster fire on a provincial level, on the federal level, Canada Post is a flaming garbage truck with one reindeer antler tied to the roof. It’s barrelling towards the landfill, dragging Canadian small businesses and consumers with it.

Bob Kronbauer is a columnist with Vancouver Is Awesome 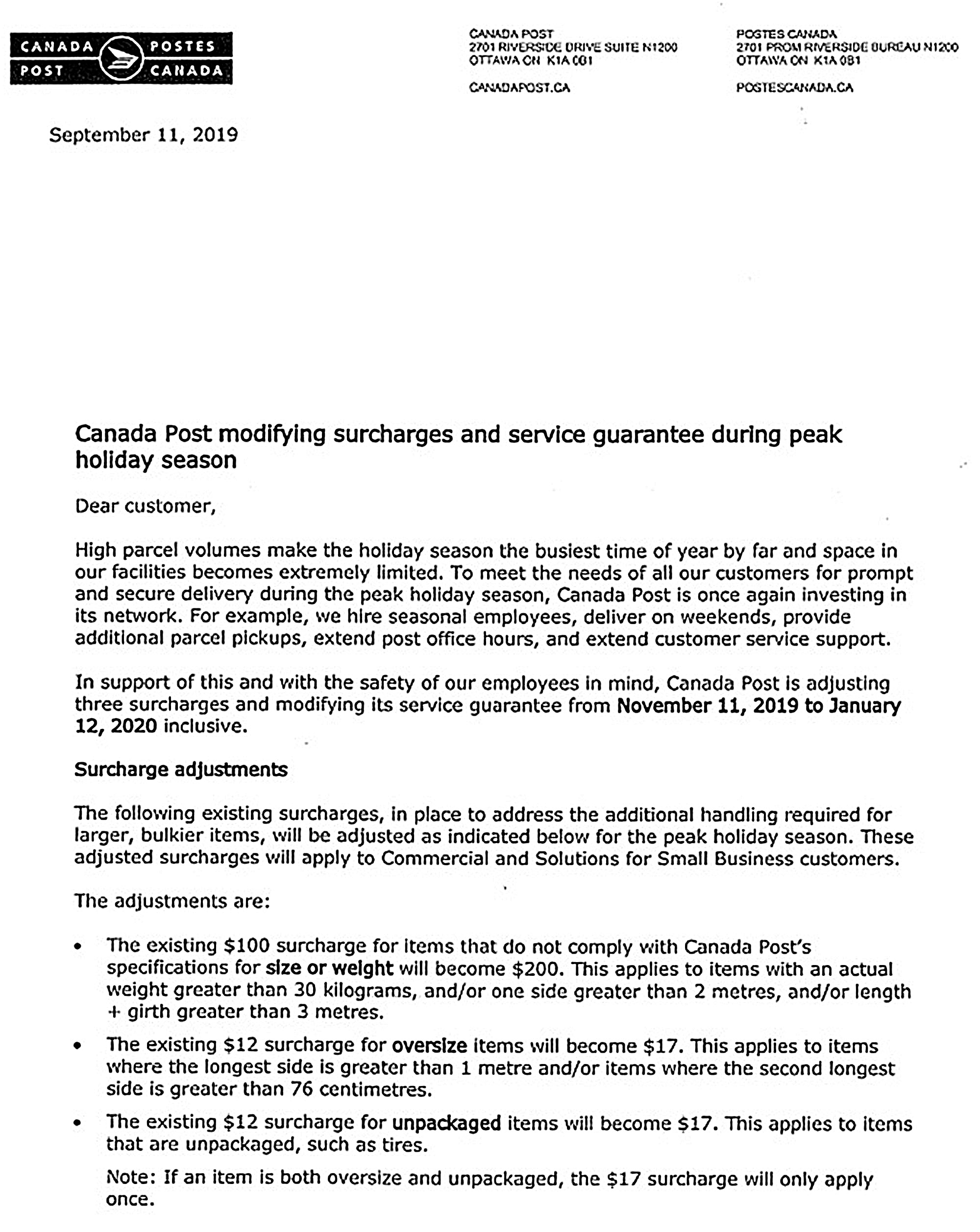 Canada Post’s letter to businesses who use their services, Page 1. Screengrab 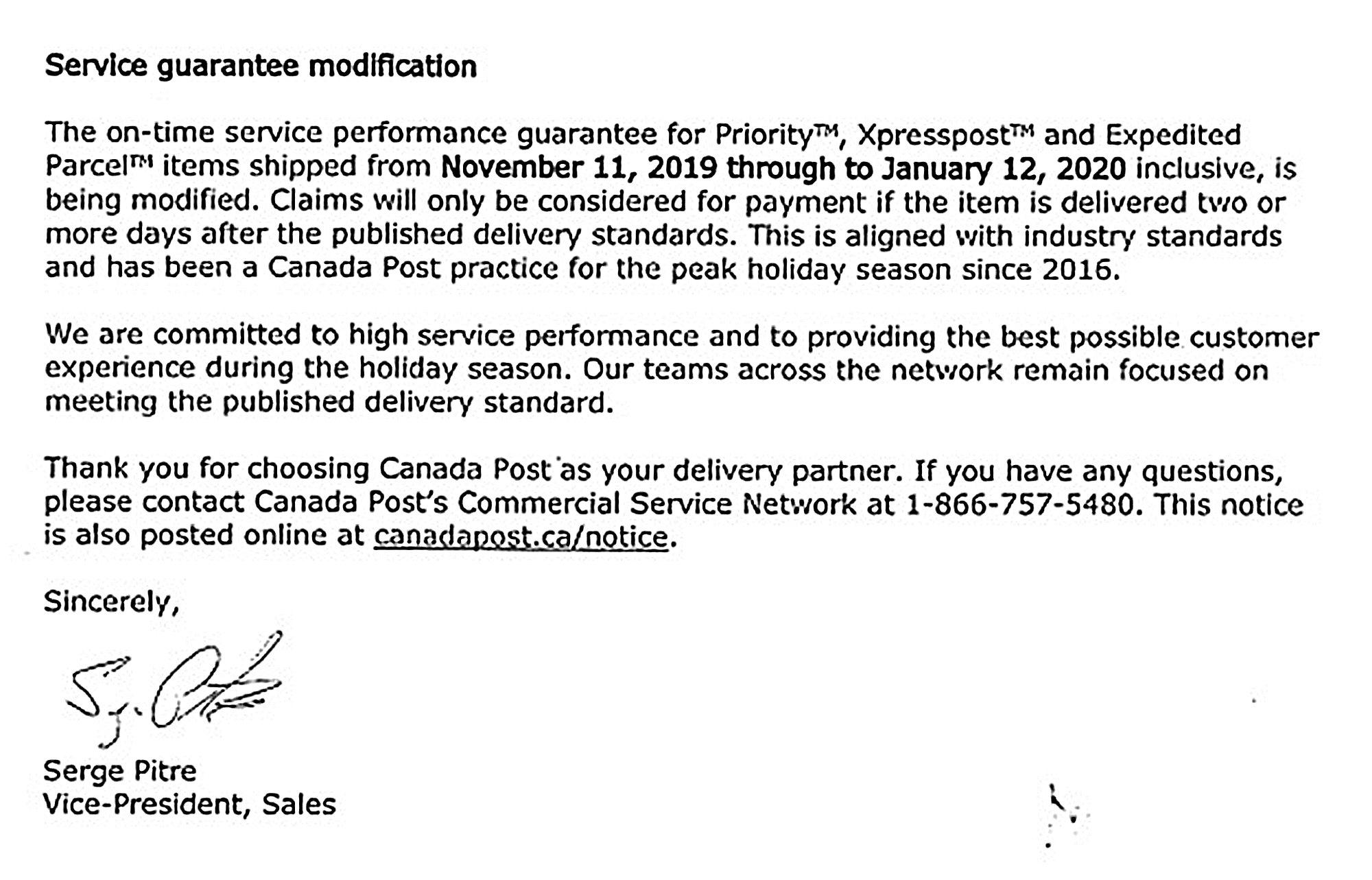 Canada Post’s letter to businesses who use their services, Page 2. Screengrab

About the Author: Bob Kronbauer